Join Date: Aug 2018
Location: North Florida
Posts: 5
Snorkeling a rhino
Hey guys, after owning my '04 660 rhino for 14 years, I've decided to snorkel it. We've had quite a bit of rain in the southeast and it has caused me problems with the belt slipping one too many times. I've done as much research as I could, and found conflicting data about sizes and configurations.

My rhino is still stock all around and I plan on keeping it that way because all I do with it is haul hunting equipment and ride around in the woods, rarely getting out of mid-range on speed. I'm not interested in submarining it but I would like the comfort of not having to worry about dropping off in a hole in the middle of nowhere and walking back to the truck several miles away.

After doing the research, I've decided to start out with 1 1/2" for the CVT box intake and exhaust, and probably start with that for the air intake. I'm using PVC flex hose as much as possible to cut down on restrictions. I'm aware of the possibility of disturbing the "lift sensing" of the carb diaphragm, and will adjust accordingly.

I know many people have already gone this route and I'd like to take advantage of your experience if you don't mind sharing.

If we have any info on it, it will either be here:
https://www.mudinmyblood.net/forum/f...splay.php?f=26

www.MudInMyBlood.com We Have a Thread for That...


Join Date: Aug 2018
Location: North Florida
Posts: 5
You changed my mind
I got to thinking about it and I think I will go with the 2 inch on the belt. I don't get out of mid-range much, but even that can generate a lot of heat, and would probably transfer to the motor itself. I'm concerned about the air intake though. I think I will go with the 1 1/2" for that, then adjust up if necessary. I've got a fair idea of what causes the air mixture problems. If people are taping off some of the intake snorkel to fool the vacuum on the diaphragm, maybe the smaller size will accomplish the same thing.

Thanks for your help. I'll report back on the outcome.
Maynard.Bolivia is offline
Quote Quick Reply
post #4 of 6 Old 08-10-2018, 09:10 PM Thread Starter
Maynard.Bolivia
Newbie


Join Date: Aug 2018
Location: North Florida
Posts: 5
I changed my mind again, I'm going to 3" on the CVT box for the extra cooling power. I'll take photos and report back on the results.
Maynard.Bolivia is offline
Quote Quick Reply
post #5 of 6 Old 08-11-2018, 08:49 AM
NMKawierider
Moderator

Join Date: Apr 2009
Location: NM
Posts: 7,305
Never hurts to have all the flow it can possibly get. That's why I went with 3" on both of mine on my Z. CVTs need all the air they can get. I even added a fan to mine and a temp gauge just to make sure I know what's going on...before it's too late and loose a belt. 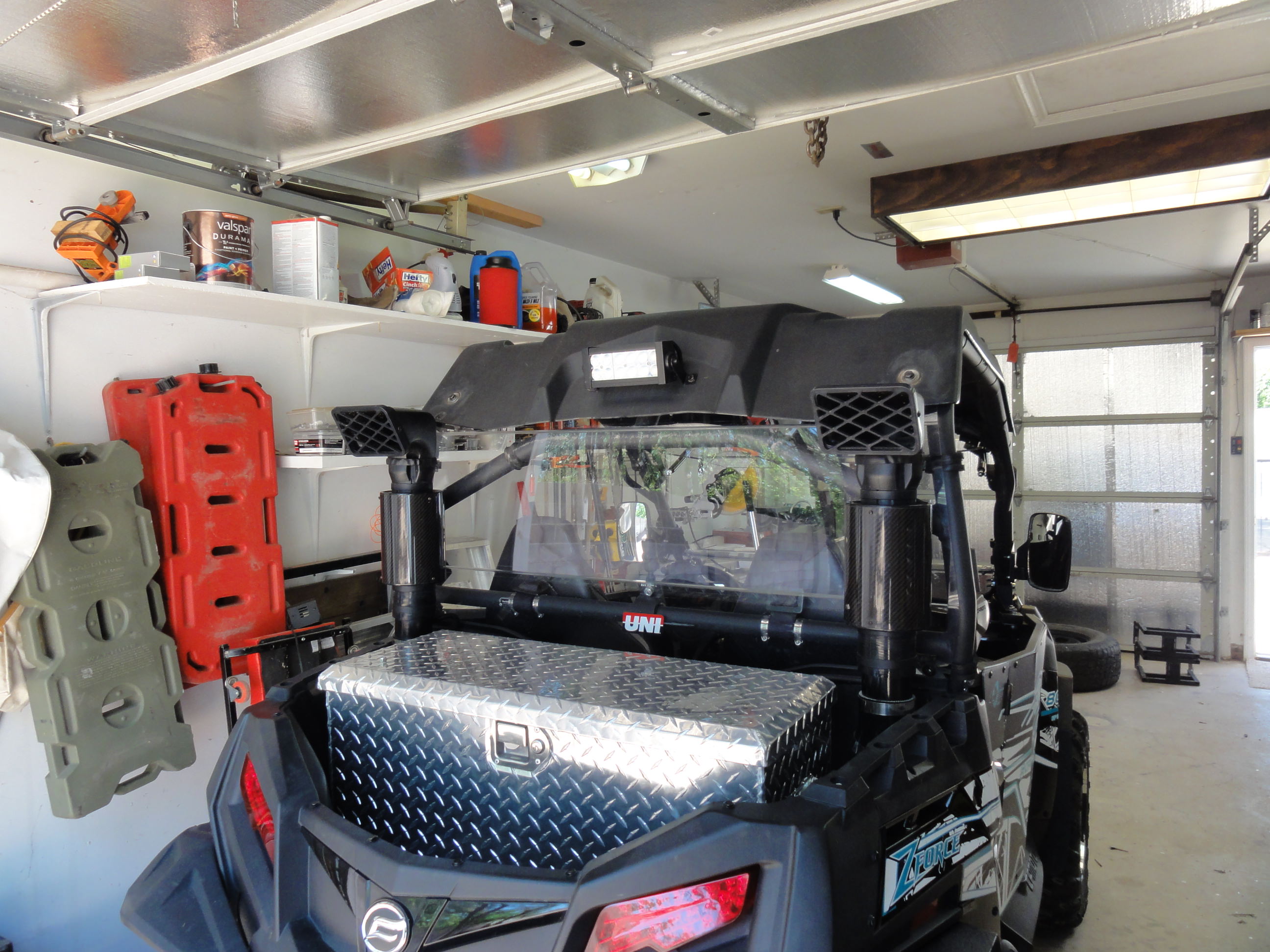 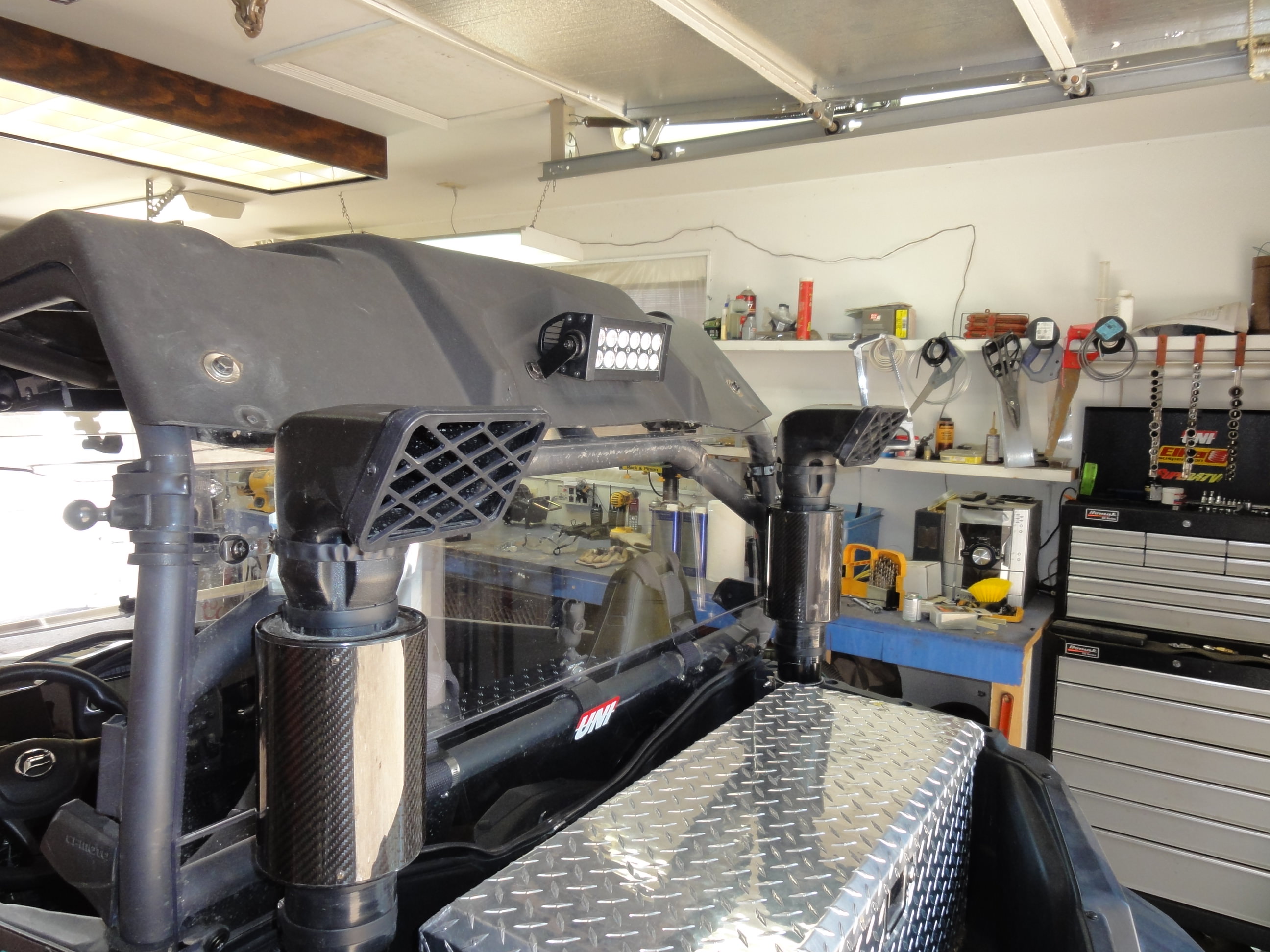 
Join Date: Aug 2018
Location: North Florida
Posts: 5
I ended up going with 2" on the CVT because I couldn't run 3" through the console. I also used 1 1/2' on the air intake, based on some similar builds around the web. It took all day and several trips to the hardware store on Saturday, but yesterday (Sunday) I carried it out for a test run. I didn't go in any water deep enough to get on the seat, but I went deep enough to see if I had leaks in the box. The motor ran great at all speeds, and the exhaust from the box was only warm and never hot. Once I finish tweaking the build and paint the tubes I'll post pics. Thanks for your input.
Maynard.Bolivia is offline
Quote Quick Reply