Join Date: Mar 2011
Location: Salisbury, NC
Posts: 457
New Products from The Whoolie Shop!!
I know we've been pretty quiet around the forums these past few months but we have been hard at work developing a couple new products for you guys!


First off with the discontinuation of the classic pyramid amplifier that has been the staple in so many audio tubes, the alternative has been to use a BOSS, Pyle or SSL amplifier.... None of these amplifiers have any sort of crossover so just installing them leaves you with an un-tunable tube that reaches distortion much faster than the old pyramid amps.

Rather than sell a sub-par budget audio tube we have picked up an Alpine amplifier that will put more power to your tube and offer more tuning than the pyramid had... What this translates to is a better sounding tube, it will also raise the overall price of a Budget or Premium audio tube by about $50. I should have a video up of one of these tubes very soon.


Secondly, we will be adding two new LED control modules to our LED product line, these units will replace our current wireless module and be completely bulletproof as you would expect from our LED products. The new modules will be tougher, completely waterproof, and offer more features than the current LED controller... The best part? we are able to produce these modules in-house without paying a manufacturer who won't listen to our requests for change! That translates into a less expensive module for you guys!

The first module will offer control of 3 zones, and features user customizable strobe patterns. This means you'll be able to custom tailor the strobe patterns to your liking, no more being stuck with whatever someone else thought looked good! this module also supports the fade in / out feature.

A javascript based web interface will let you specify which zones light, what they do, and how long they do it! These modules are just about ready for order so look for a video & pricing in the very near future. I expect them to be available to you for about $60 which is $18 cheaper than our old module!


The second module has the following features:
(3) zone control with zone 1 being broke up into 6 channels... (This will allow for wild strobe / chase patterns with individual lights around the bike)

(1) static zone - this zone always illuminates when the module is on and is un-affected by any mode or pattern selection, (ie snorkel leds or cooler leds)

(1) musical input - plug your ipod/mp3 player in before your audio tube and let your underbody LEDs beat with the music!

If any of you guys are subscribed to me on youtube you've seen that I've been working on this.. Here's a quick video of one of the test runs.

about 16 seconds in you can see how zone one (in blue) is broken up into 6 different channels, offering chase/wig wag/and other patterns. This would allow you to put LEDs around your ride (one per fender, 1 front, 1 rear - or headlights etc) and have them chase around alternate front / back or left right..
Then you've still got zone 2 and zone 3 for either alternate color accents or a completely separate color setup.

This module is in the testing phase right now and will be available soon! (I expect this one will be in the $55-60 range as well.

The only thing these new modules do NOT have is the wireless feature. As nice as it was to be able to use a wireless remote with the LEDs it just isn't worth the negative aspects. Firstly it makes it IMPOSSIBLE to completely waterproof the wireless module, as epoxy or potting would destroy the wireless reception.
The wireless remotes weren't 100% waterproof, and as anything that runs off batteries, the batteries would die, usually in the middle of a ride when you didn't have a spare.
The connectors sucked on them, tiny pins that could be bent and cause the module not to operate.. ( I ended up cutting these off before the remotes shipped after finding this out)

Both new modules will operate off of ONE momentary switch, so no funky control box or 10 buttons required to make the magic happen. Single button presses advance the mode, press and hold to advance the sub-mode.

More to come! Just thought I'd give everyone an update as to what we've been up to all summer!
We're Just Like You.... Only Dirtier...


Join Date: Jul 2012
Posts: 25
Is the other pyramid too big for a tube? Its the one with near the same specs as the pb440x but inputs are on the side.

Join Date: Mar 2011
Location: Salisbury, NC
Posts: 457
Got a model number? I haven't seen anything like the 440 that has a crossover in my searches that would fit there are small amps out there but the 440 was the only one with any kind of crossover built in

Join Date: Aug 2009
Location: Sarasota, Florida
Posts: 342
If you guys are going to jump up in that price range of amps with the Alpine.. Have you thought of the boosted rail technology of this little guy?? Rockford Fosgate PBR300x2


Join Date: Jul 2012
Posts: 25
PB110px and after looking again, i didn see anything about a crossover

Join Date: Mar 2011
Location: Salisbury, NC
Posts: 457
Yep! In heavy testing phase right now to make sure the components are all stout enough to hold up to the load. I left it running in the shop on random mode with about 192 LEDs all day long through the night, seems to be no real heat generation from the module and no worries about overdriving it with any of our kits.


I've been pricing printed circuit boards and I've found that it's just as expensive to order 4 boards as it is to order 120. So I'm ordering a DIY kit to etch a few of these circuit boards to make sure the design is 100% correct before ordering a batch of boards that might not be completely right. 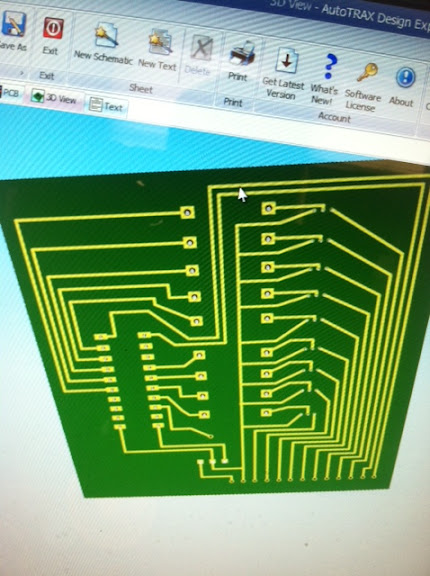 Here's the prototype based on the layout above, this was done with a perforated circuit board which has jumper wires on the back side rather than printed traces like a circuit board. 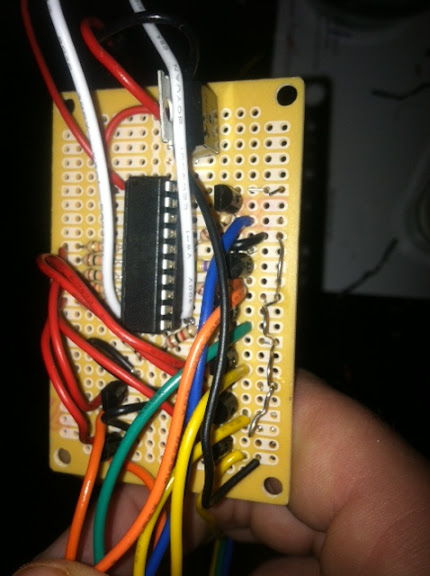 This varies just slightly for space on the proto board and I've re-designed the layout a bit to fit a 2" x 2" x 7/8" plastic enclosure with mounting tabs. The cost difference between the 2x2 and a 3x2.5 was huge!

The box is open on the back, so once the board is installed epoxy will be poured over the circuitry and wires routed out of the end of the module. The epoxy will waterproof it so that it will be tough enough to stand up to the immersion, sand, mud snow and dirt that we throw at our ATV's/UTV's.

It's moving along hopefully in another month I will have them completely tested and ready to rock.

I also plan on making a basic strobe module without all the bells and whistles of this one, that just has a solid on feature and a ton of strobe patterns.
We're Just Like You.... Only Dirtier...

Join Date: Mar 2011
Location: Salisbury, NC
Posts: 457
Sorry guys production has slowed way down due to a sickness and couple deaths in the family as well as the last couple months have been extremely hectic!

We're still working on this project and I promise you'll be the first to know when they're finished!

I have a list or people wanting these things and really hate it is taking longer than expected.